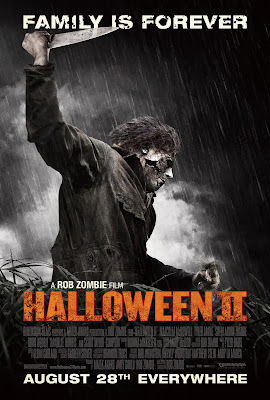 I'm a little confused, are we talking about the "Austin Powers" Mike Myers or is this someone else?
~Weird Al Yankovic


When I asked writer/author Randy Shaffer to do a guest spot for this retrospective, we quickly found out we both share something very uncommon amongst Halloween and horror fans in general.  Both of us have a love for this very weird almost arthouse slasher that is Rob Zombie's second Halloween film.  We agree that is highly misunderstood and very much unfairly slammed. Randy wrote what was intended be an "In Defense Of" piece to go with mine, but I enjoyed it so much and was going to cover the exact same bases myself that I decided to sub his in for mine here.  Know that I agree 100% with his assessment of Halloween II.  The first time I saw this film I felt there was something there with this one, then when I saw the Director's Cut (see THIS version if you watch it) things started to work even better.  I enjoy this film more and more with each subsequent viewing.  I have some other things that I'll brush over when I rank the films.  So here's a first here on Naptown Nerd, someone else doing the actual movie piece.  Its fantastic, enjoy! 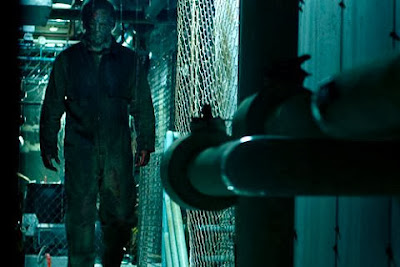 Rob Zombie's Halloween was a mess. That's pretty much a unanimous opinion among fanboys, casual lovers of the beloved Halloween franchise, and even those who kinda-sorta liked it.

Sadly, the redo of Halloween was a sloppy mixture of ideas, themes and tones. It was essentially two-and-half films. Part of the movie was a near shot-for-shot redo of John Carpenter's original classic. The beats were the same. The ideas were the same. The story was the same. In other words, it was epically boring to watch.

Another part of the film was Zombie's own creation – a bizarre blend of redneck tropes and gritty character, all set to the dark and oily visual tones that have plagued almost all modern slasher horror. It wasn't for everyone's tastes, but it fit right in with the rest of Zombie's macabre work. 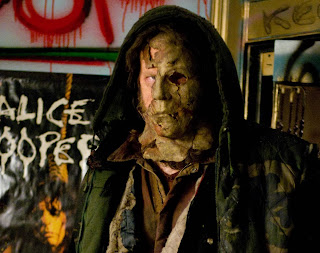 Then there's the reshoot footage, which was done to add needless gore and thoughtless deaths. The reshoots also extend the film's third act by a significant margin, forcing Michael Myers (Tyler Mane) to play a proverbial game of whack-a-mole with a house while searching for Laurie Strode (Scout Taylor-Compton). The film's finale was also changed, leaving things a little more open-ended. 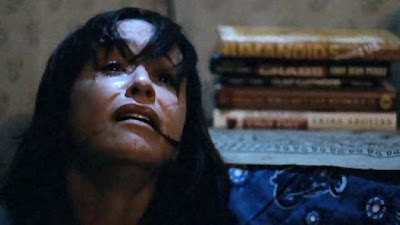 Despite all the negative hoopla surrounding Zombie's first feature, the film proved to be a pretty big financial hit. And soon, producers were clamoring for yet another sequel. It seemed only logical to give director Rob Zombie the boot, in order to pave the way for a more traditional, and crowd-pleasing sequel.

But that's not what happened. 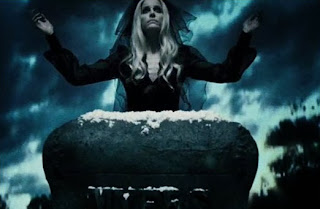 Instead, Rob Zombie and crew returned for Halloween II. Gone were the needless reshoots and the shot-for-shot redo bullshit. Halloween II was pure Rob Zombie, from start to finish. And naturally, like before, the fans went insane. They hated Halloween II. HATED IT!

The film tanked at the box office and has largely been forgotten now, a minor footnote in the series that's often pooled with other unpopular films in the franchise, namely Halloween Resurrection, Halloween III and Halloween 6: The Curse of Michael Myers.

But is Rob Zombie's Halloween II really that bad? Well, that all depends on what you want from your Halloween franchise. 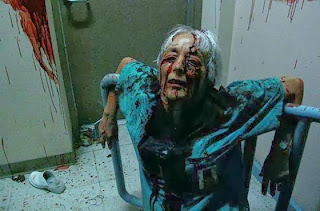 If you want the good old Michael Myers slowly, and mindlessly, stalking innocent babysitters, set to the tune of John Carpenter's cherished score, then no. Halloween II is pretty much the worst film in the entire franchise.

But if you're like me, and you were secretly hoping Rob Zombie would just go and do his own thing with the series (which is what he wanted to do in the first place) then you might have liked Halloween II.

And if you really got into the film's batshit crazy subtext and strange, almost gonzo symbolism, you might have loved Halloween II.

That's where I am. I love Halloween II. 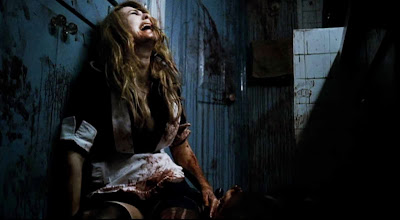 Rob Zombie's infamous sequel is not what anyone expected. Other than the opening prologue, which essentially gets the entire plot of the original Halloween II out of the way in less than 20 minutes, the film is a complete work of originality. In fact, it's easily the franchise's most complex, daring film yet. It's a film about dealing with horror. It's about the aftermath of real trauma. 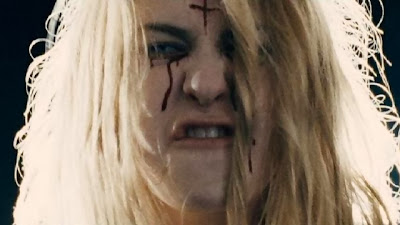 The original Laurie Strode (Jamie Lee Curtis)  dealt with the trauma of Michael Myers in a rather Lifetime-movie-of-the-week way in Halloween: H20. Here, Rob Zombie's Laurie Strode is a near-suicidal mess – a self-imposed gothic princess on the verge of her own madness. She's living with her best friend (Danielle Harris), who was tortured and nearly killed by Myers herself, and her best friend's father (Brad Dourif), a lonely police chief who's working hard to keep a sense of normalcy. They're all trying their best to live out the rest of their days in peace. But there's a lingering sense of dread to the whole affair. After all, Michael Myers is still out there.

When he finally shows up, it's not what you'd expect. He's no longer wearing the mask. He's bearded and grizzled, like a wild animal. And we enter his mind more than ever before, seeing glimpses of the visions that drive him. 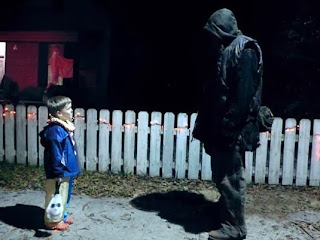 Complicating things is Dr. Loomis, played with gust and cynical bravado by Malcolm McDowell. The entire character of Loomis has been redrawn, from an obsessed Michael Myers fanboy to a pride-obsessed, arrogant prick – a man who's grown confident and foolish following his survival in the last film. In a way, he too is dealing with trauma, just in a different light. 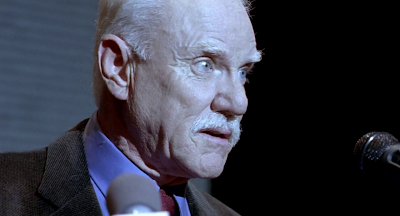 This character change was a big “no-no” for some fans, who preferred Loomis as a one-dimensional moron who jabbered on about how “utterly evil” Michael Myers was. That's fine. It has its place, and Donald Pleasence did an awesome job with that character arch. But what McDowell does with the character is truly inventive. It's a very raw, and very real, re-imagining of the character from the ground up. It's different from the original Dr. Loomis, but that's the strength of it. And it's still fundamentally sound. Loomis was, and still is, just as crazy, if not more so, than Michael Myers himself.

The film concludes with a rousing finale that, depending in which version of the film you watch (I suggest the home video Director's Cut, please), finally puts the last nail in the coffin of this series, and does so with a poetic, shocking and brutally tragic finale. It's a scene that will either make you hate the film, or love it all the more. 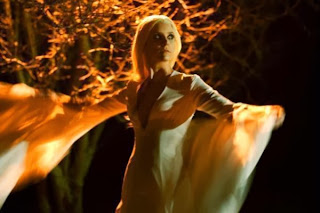 Halloween II is a daring picture that deals with the exploitation of the first in very gritty, grimy ways. I can see how that wasn't what the diehard fans wanted. No one wants to acknowledge that the bloodshed they enjoyed in the previous film has real world ramifications for the characters in the sequel. But that doesn't mean Halloween II deserves the hate it's gotten over the years. The film is challenging. It's nasty and filled with aggressive, stomach-churning violence. But that's the point. Zombie's Michael Myers is a proverbial Pandora's Box, and the destruction that follows is only natural; a side effect of exploring that mystery.

But if you already hate the film, there's probably very little that will change your mind. We live in a time that defies logical reasoning. We live entrenched in a sea of absolutes and very little compromise. And I find it difficult to sway the naysayers. But perhaps some of you, who teetered on the edge of whether the film was worthwhile or not, or those of you who might have skipped the film the first time around, will return to this unsung cult classic. Perhaps some of you will follow Zombie's white horse of doom and fall in love with what this series was trying to say. Or perhaps you'll just slough off my words as complete nonsense. Fair enough. Your loss.

You can find Randy Shaffer's published books on Amazon
http://www.amazon.com/Randy-Shaffer/e/B00FHQ955I

And follow his musings on his blog (doing some awesome Horror lists each week)
http://rlshaffer.com/

Next Time: My favorite kills of the Halloween franchise 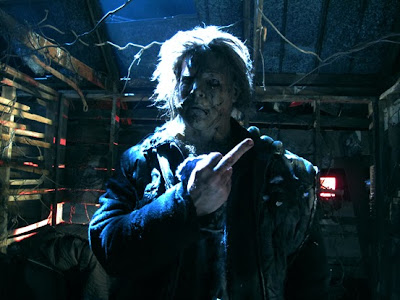